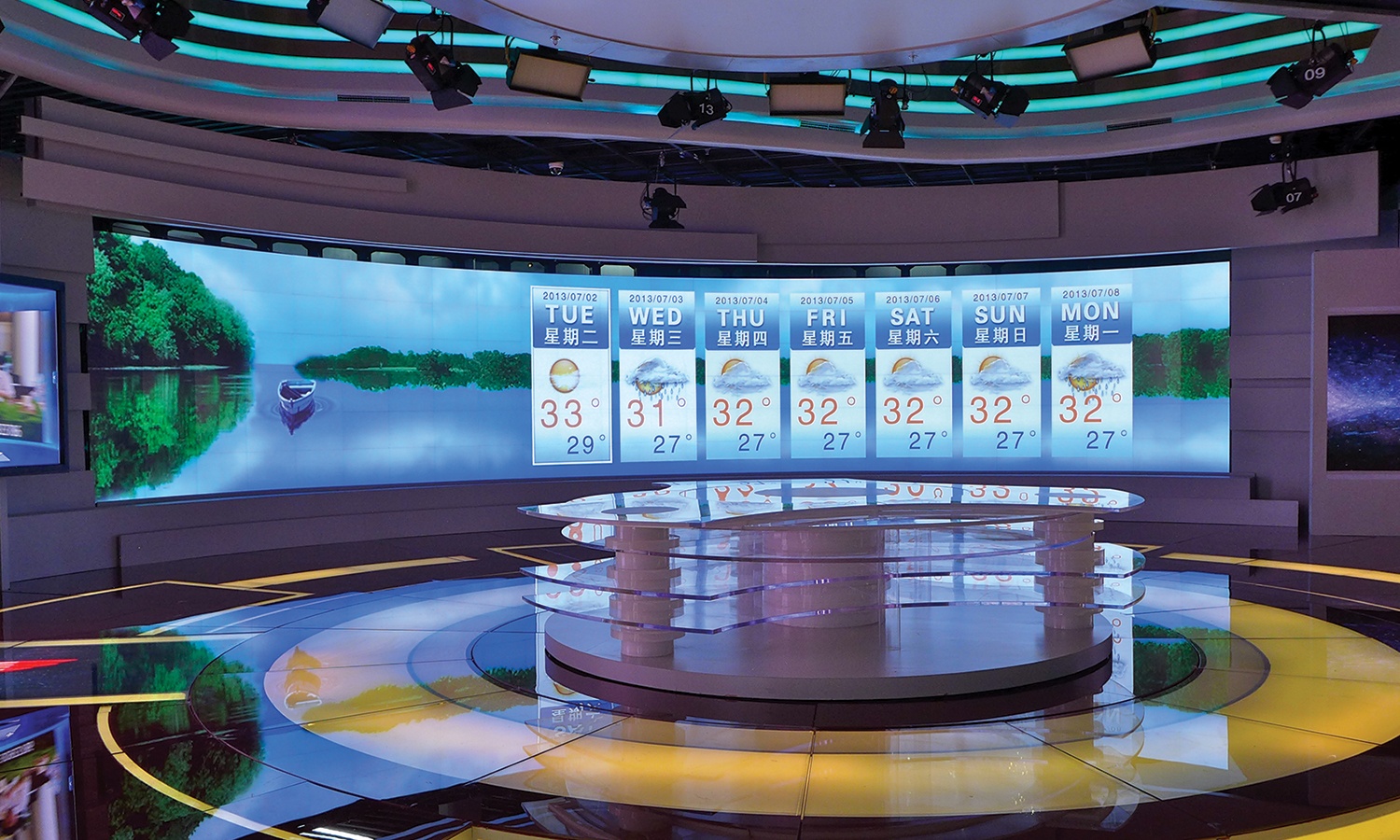 Beijing Television Network (BTV) is one of the most influential broadcasters in China, and home to a Prysm video wall measuring nearly 42 feet wide by seven and a half feet high, with a four degree curve, making it one of the largest and most immersive displays in modern day broadcast television.

It serves as the focal point of a state-of-the-art multimedia studio for BTV's new Beijing Radio and Television Network which will simulcast live shows via both television and the internet.

Key benefits BTV considered when choosing a Prysm video wall over other solutions included its unrivaled image quality and uniformity, no moiré artifacts, 178 degree viewing angles, bezel-free display, and ability to handle fast moving video with no motion blur. Its excellent energy efficiency and the fact that it produces almost no heat, a pivotal advantage for a hot broadcast studio environment, were also key decision factors. Read the full press release.

Back to Customer Stories
← Previous Story
Next Story →